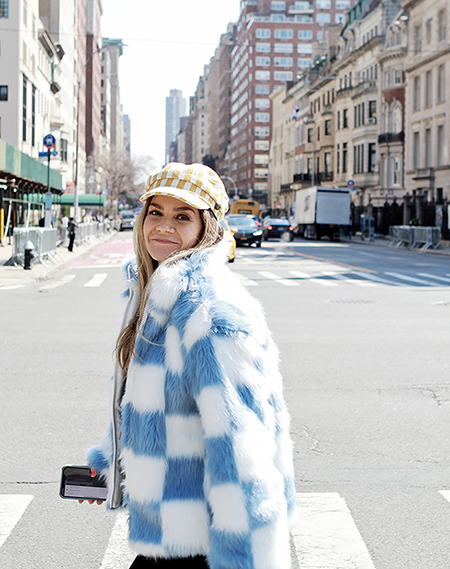 And the Almeida “Year-Of-Disney” continues!
Remember how I told you that earlier this year Anderson decided what we needed in our lives more than anything else was annual passes to Disney? Yep. So we made our second trip to the land of the mouse last weekend. This time we went to Disney’s Animal Kingdom, because we wanted to try a different park. We stayed at the Art of Animation Resort for the second time. And once again, it was Kingston’s favorite part of the trip. (You can read all about the last time we stayed there and see a lot more pics here.) I’m starting to see a pattern here – expensive theme parks: yeah, okay, but cheap Cars hotel: YES, PLEASE! We decided on a whim (that’s how Almeidas role) to stay another night, so we went over to the All Star Music Resort. The guitar shaped pool was fun. They upgraded us to a suite (second time Disney has done that!), and it was a great room, but we decided to stick with the “Cozy Cone” in the future… at least until Kingston outgrows his car obsession! 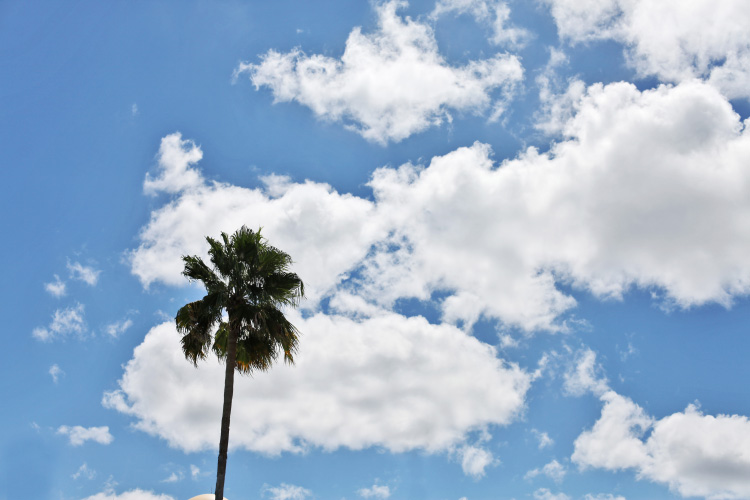 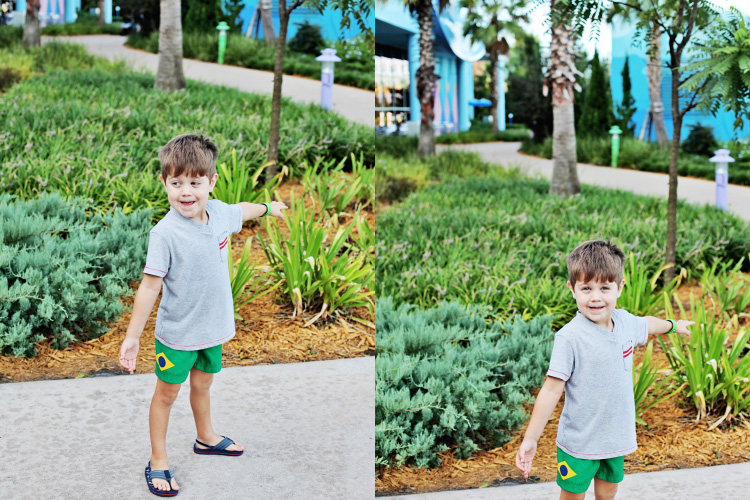 At first glance, Disney’s Animal Kingdom doesn’t have that magic Disney pizazz. It’s hard to explain, but you know that feeling you get when you walk up to the Magic Kingdom – a mix of excited butterflies and relief that you finally made it from the parking lot? Then you get that first smell of cotton candy and baked goodies on Main Street USA! It’s the “magic” in Magic Kingdom. So yeah. There’s no magic when you walk into Animal Kingdom. It smells like animals and reminded us of a (much) bigger version of our zoo. We quickly decided there was only one way to get in the Disney spirit and headed to the nearest restaurant for a giant breakfast that we hoped would consist of Mickey Mouse shaped something. The Rainforest Cafe totally did the trick! After that we headed to the Kilimajaro Safari, and the day only got better from there. Our favorite part was the Kali River Rapids ride. Kingston and I were in the seats that got soaked, and he loved it! (Note to self: Don’t wear jean shorts and get on a water ride. We’re total amateurs.) The Lion King show was fun too! And it was the perfect place to seek out some shelter as an afternoon thunderstorm rolled in. The thing I like most about the Disney parks is the staging and props. I love looking at all the details and thought that they put into giving each area a realistic feel. I swear if you squint a little, and ignore all the fanny packs, it feels like you’re some far-off exotic land. And that’s what makes the adventure so exciting – a little escape from reality. Even if just for a day!

Animal Kingdom experts, I need you to weigh in. Are those zebras real? The two standing up? I swear they looked so fake. Or drugged or something.
I even Googled them when we got home but couldn’t find an answer!

Okay Disney experts. Which park should we try next?

« What I WoreLove and Marriage »